THE MARK CLARK EXPRESSWAY INVESTIGATION 1989 TO 2018

One of President Trump’s campaign promises was to revamp America’s infrastructure - rebuilding roads, bridges and airports.  As a master international builder of great buildings, he promised the “infrastructure of tomorrow.” “Our roads and bridges are falling apart,” Trump said as he accepted the GOP nomination. “We will build the roads, highways, bridges, tunnels, airports and the railways of tomorrow. This, in turn, will create millions of more jobs.”

During the debates, Trump compared the "incredible airports" in Dubai, Qatar and China to less impressive ones in the U.S. "Our airports are like from a third world country," he said, calling out LAX and New York City's three international airports: LaGuardia, John F. Kennedy and Newark.

Since then, a pedestrian bridge in Miami collapsed, killing six people. Did it crack when it was lifted into place? Was it a snapping steel support that did it in? Or was it a fatally flawed design from the start? And what was the doomed construction crew member doing when the bridge buckled under him?

This week, Charleston, South Carolina’s Wando Bridge on Interstate 526, was shut down Monday for emergency repairs - the bridge was designed by FIGG Bridge Group, the same engineering firm that designed the pedestrian bridge that collapsed and killed six people in Miami. The Wando Bridge, formally known as the James Burrow Edwards Bridge, was constructed in the late 1980s-early 1990s.

Having worked extensively back in 1989, on investigating the the twenty-six mile half a billion-dollar (in 1989 dollars) Mark Clark Expressway separating Mount Pleasant from Downtown, West Ashley, and North Charleston which has been, for all intents and purposes, shut down, I know a thing or two about this topic. When this boondoggle was first built, and I was looking for a missing bridge inspector, Governor Campbell sent word to me, along with 5,000 pages of Highway Department contracts, soil boring plats and assorted other information that I was on my own with my investigation, that the Highway Department was autonomous and beyond anyone's control.

The FBI knew the soil borings were not driven to the required depth. We told them. They knew that the TFL material separating the roadbed was substandard at certain sections. We told them. Except for Senator Passailaigue, everyone ignored the facts. Business as usual.

Once again, the Wando Bridge is collapsing because of corruption, incompetence, selfishness, money grubbing highway contractors, lawmakers, and state and federal law enforcement that make the Keystone Cops look competent.  I only hope an investigation will reveal the truth once and for all.  How many more people have to die because of our collapsing infrastructure?  We spend trillions of dollars every year rebuilding other countries; can’t we spend a few bucks on our own. 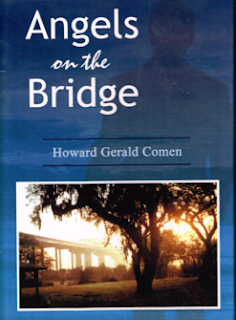 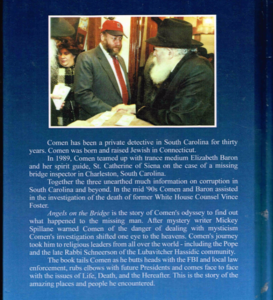 Posted by howiecomen at 5:58 PM