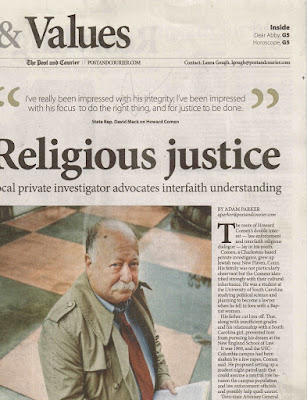 It was a simpler time, a time of transition, a time of inequality. For some of us, it was Hell.   We drove Fords and Chevys. We made the world safe for Democracy mid-'40s. The enemy of our enemy became our friend in the 40s and then quickly began our enemy again. and we were at war again 3 yrs later. The wheelchair-bound President was followed by the failed Harberdasher who lived with his wife and Mom. The Tuskegee Airmen were requested to fly cover for the white bomber pilots in WW2 but the Red Tails couldn't use white bathrooms, eat in white restaurants, nor drink from white water fountains. Women were only allowed to vote twenty years earlier. It was a Man's World and boy was it screwed up. It still is.

The Democrats hate the Republicans, The Jewish people and the Palestinians hate each other. The Iranians shout "DEATH TO AMERICA"- DEATH TO ISREAL, while the U.S. slips billions in unmarked bills into the tarmac in Tehran.  Africa is ablaze with beheadings, terrorism, and poverty. Inner cities are crumbling, and no one has any idea what the Marquis of Queensbury Rules are. The rich get richer and the poor get poorer as they sink in the quicksand of life on the other side of the tracks. Even God, the Creator, is locked away in the corner of most people's hearts as faith is removed from schools and the Ten Commandments is taken out of the public display.

News, weather, sports, even sex has been taken over by Gates, Bezos, and Zuckerberg. Where have you gone Walter Cronkite? When you and I exchanged postal mail ( I didn't have a computer in the early 80's) we talked about fluff journalism. We had no idea You, Huntley, and Chancellor would be replaced by some guy or girl in their mom's cellar sitting in their underwear on the computer. ( I am wearing a Tshirt and shorts thank you very much).

Deborah Levine, The Bulinda Family, Ilan Hendelman, and this Cantankerous Old Coot welcome your thoughts, ideas, criticisms as we try to balance the scales of Justice, Right the Ships of state, and unlock the God within. - Sorry, I am out of cliches.

Please subscribe to my blog and our American Diversity Report Website. To change the world we need a million subscribers to get advertisers to fund our efforts.

Posted by howiecomenb at 3:55 PM