Collection of Reflections of America at 70 Part 1 PANDEMIC

COLLECTION OF REFLECTIONS
AMERICA AT 70

PANDEMIC- Beginning of the end or end of the beginning
Part 1.
By Howard Gerald Comen
3/30/2020 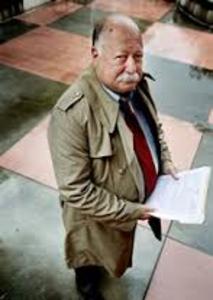 Isolated in my garage office at 70, careful where I roam. Can’t work, shop, or visit bars.
All I can do is contemplate the stars. Where do we go from here? The economy is tanking
and the pandemic is increasing, as is terror and fear. There is no known cure. The future a
blur. We are a nation at war.

Some turn to God through prayer, then flock to beaches and stores not caring that they can
carry this deadly virus undetected for 14 days infecting everyone they come in direct contact
with,

As I sit before my grandfather’s desk built after the second war to end all wars I fear for
humanity.  I will examine the religious repercussions next week.

Where did this evil disease come from? A bioterrorist experiment gone wrong…. Or right?
Communist China's rise began with Marx and Engels in 1848 with the communist manifesto
festering in the minds of Parisians as they worked to overthrow the French government. The
Marxian philosophy could be summed up in one sentence- Abolish all private property.
(1) Another Marxian adage was to Abolish Religion.(2) Once done with no God nor property
ownership We the people become you the government  Is it a return to a sort of fascist
feudalism?

Lenin after world War 1 said the revolution and dictatorship are to take place in five steps.
The first one is the infiltration of different organizations, but particularly the industrial unions.
The second step is the calling of an industrial strike.
The third step is a political strike aimed at destroying standards of living, causing
unemployment, insecurity, privations, distrust, fear, a general tension, a sense of unrest.
Then you use your propaganda machine to go around shouting ‘The Capitalist system
is broken down; Capitalism is to blame for all this! There’s only one way to right it.
Revolt! Revolt! REVOLT!’
Step four is to fan it into armed insurrection, with its chaos, fighting in the streets, cities
without lights, without water, without conveniences, with incredible hardship, everything
disorganized and broken down.
Step Five The only remaining authority capable of bringing life back into the economy will be
the Communists. Through your control of the trade unions, you can get the men back
to work, bring electricity back into the lights, water into the mains, gas into the stoves,
set the streetcars running. You are then to institute the dictatorship of the Communis
party.” (3)
Perhaps Lenin's communism has run roughshod through steps one and two and we are at
the beginnings of step three? Are we close to Marx’s defeat of religion? The courts,
congress, and the Presidential Candidates on the Democrat side embrace socialism and
communism.

Sanders even honeymooned in Moscow and celebrates the work of the Castro brothers.
The socialist democratic party refused to accept the election of Trump. Even after Trump
was elected he was undermined internally by Clapper, Comey, Page, Maccabe, Pelosi,
Schumer, Schiff, Nadler,  Hillary, and Steel. The Constitution went out the window. Trump
has been inundated by investigations since he first took his office. One after another
Exonerated each time.

Howard Gerald Comen, the namesake of an uncle and cousin killed in WW2 He has
conducted investigations worldwide since 1973, holds a BA from the Univ of S Carolina,
Comen has appeared in Howard has investigations featured by: Geraldo Rivera, Bill O'Reilly,
The New York Times, London Sunday Mail, Toronto Globe and Mail, Washington Post,
Newsday Pittsburgh Tribune, Miami Herald, Buffalo News, CNN, MSNBC, and other media
outlets. He also has written articles for the Lubavitch Hasidic Concord and the Muslim
Journal.

He conducts investigations world wide and has been on the ground in South Africa, Nigeria,
England, France, Canada, Mexico. Comen has investigated public officials from small town
Mayors to the President of the United States.

Posted by howiecomen at 4:34 PM